A Gatekeeper Against Insulin Resistance in the Brain 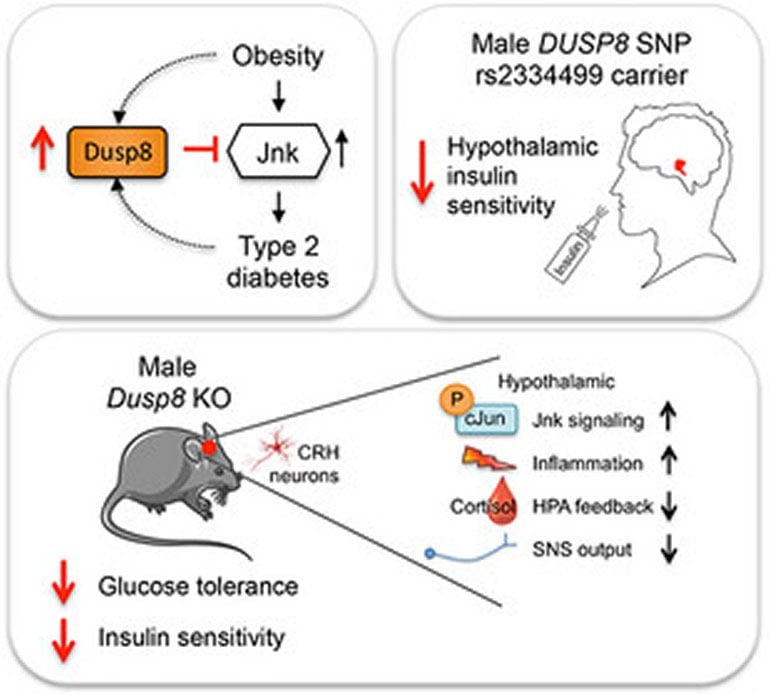 Summary: In males, a genetic variant of DUSP8 can increase the risk of type 2 diabetes by impairing the brain’s response to insulin. Source: DZD The brain plays a major role in controlling our blood glucose levels. In type 2 diabetics this glucose metabolism brain control is often dysfunctional. Genetic components for this phenomenon have so far remained elusive. A group of scientists at Helmholtz Zentrum MÃ¼nchen and the German Center for Diabetes Research (DZD) have now shown in the […]